So, I’m a little late. OK…a lot late. I told you that I don’t try very much sometimes. This just happens to be one of those moments.

After swearing off the Orange County Fair last year, my wife and I were wooed back this year by spectacular photos on various food blogs. We further justified the trip by using the free parking available at the Experian building and taking advantage of the free admission for veterans.

In terms of food, new showings this year included a gigantic bacon wrapped turkey leg, fresh thick cut chips with various toppings, french fries cooked in bacon fat, and Krispy Kreme sloppy joes. I do appreciate embracing gluttony, but these offerings were just too much. Just thinking about them seems to increase my cholesterol level by ten points.

After walking around the fairgrounds to check out dinner options, we ended up back at Chicken Charlie’s Pineapple Express to have our first taste. I have to admit that the food was well cooked. However, it’s well overpriced for the portion size. That goes for the rest of the food at the fair too.

I’m OK with people making a profit, but the prices at the fair are just blatant price gouging. In my case, I saved a little money on parking and an admission – which I’m entirely grateful for. But for the people who can’t get in for free and are paying for parking because they go on a weekday, they’ve already paid between 50 to 100 dollars (if not more) just to get a family in the door. Then they’re going to turn around and spend at least another 20 bucks on food per person? After some games and entertainment, maybe a concert, or some other purchases, they’ve spent more than they would have to go do Disneyland.

Yeah there’s some fun stuff to do and nice art to look at, but what’s with the giant hot tub sales tent? What’s with the so-called “contest” when you walk in the gates that are meant to capture your personal information for future telemarketing or junk mail? Why are there teenagers falling over drunk when there is supposed to be an ID check and two drink limit?

Then, here’s the kicker. Right after the OC Fair ends, everything moves over to the LA County Fair. Guess what? It’s exactly the same! So, yet again, we’ve sworn off the fair. I just hope we have the willpower to resist when it rolls around again next year. Our bellies make our memories very short… 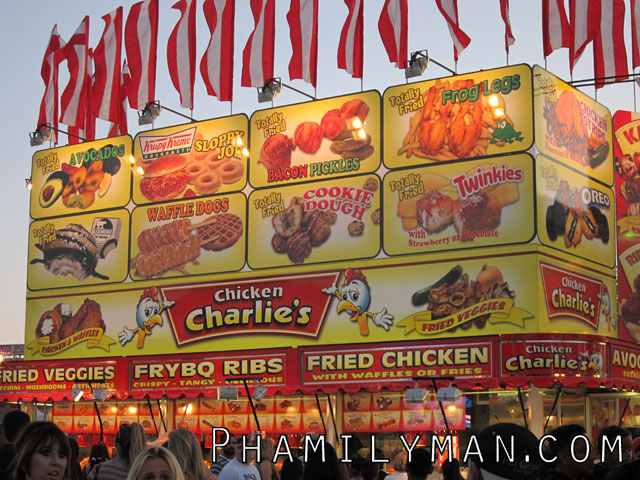 The crazy fried food menu. Call me a coward, but I’m a kind of scared to try something “totally fried.” Maybe one day I’ll come back to face my fears and try something. 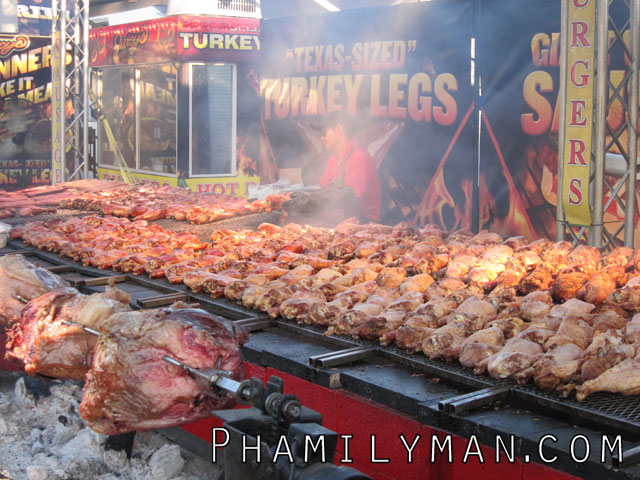 That’s a lot of meat. I wonder what happens to it all at the end of the night if they don’t sell it. I have to admit that it smelled pretty damn good. 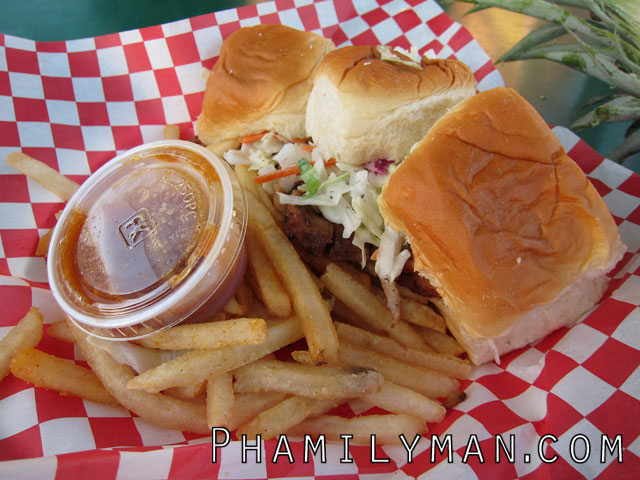 Pineapple Express Maui Chicken Sliders. It was pretty good, but a little slim on the chicken. It falls apart very easily because of the way it’s put together so it becomes a mess quite quickly. They should think about warming up the King’s Hawaiian Sweet Rolls.

Pineapple Express Naked Shrimp. The shrimp is cooked nicely and sits on a bed of mushy rice and pineapple chunks. You really don’t need the butter. The rice needs work. 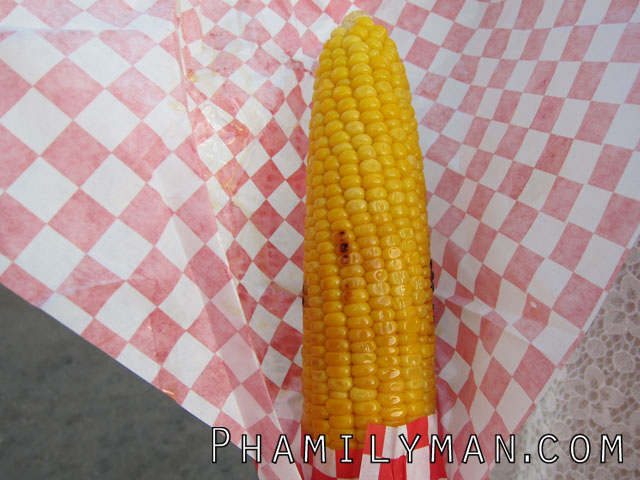 At the fair you can get roasted corn or BBQ corn. This is BBQ corn. BBQ corn is cooked on a grill. Roasted corn gets cooked in a crazy roasting contraption. 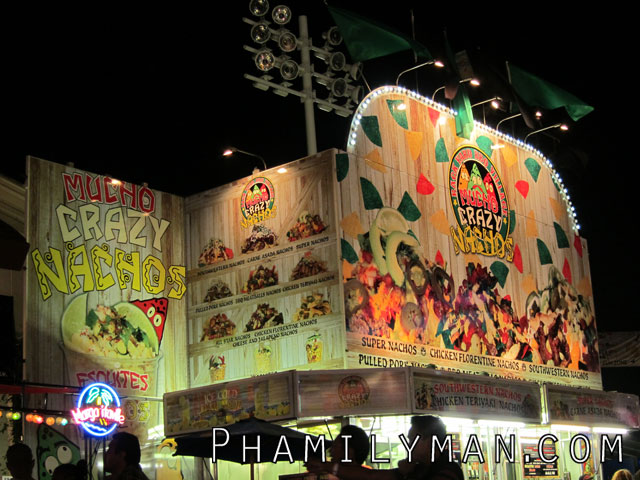 I saw a bunch of nacho offerings but selected this place because it was their specialty. I was disappointed. 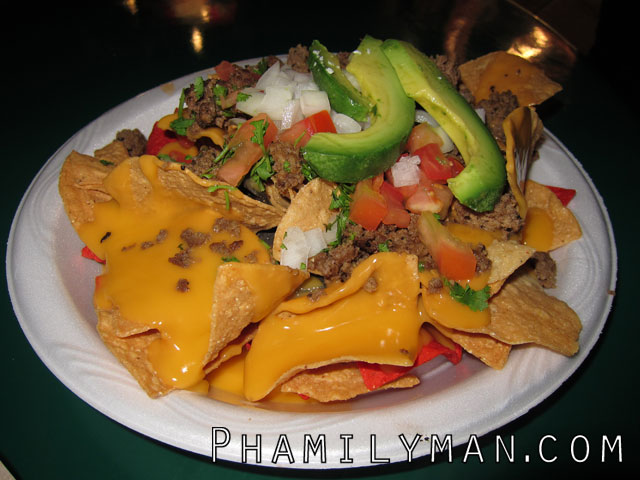 Super Nachos. They didn’t really make too much of an effort to build the nachos in layers so most of the cheese was on top. The beef was cold and bland and the chips weren’t of good quality. I can’t believe I paid more than $10 for this mess.