Everybody knows that Downtown Fullerton is home to a lively scene at night due to the plethora of bars and restaurants in the area. My favorite memory of the area was when I was walking with friends to the wine bar. We happened to pass a group of younger kids. One girl in particular was stumbling and could barely stay vertical. As our paths crossed, she suddenly proclaimed to me, “You talkin’ shit?” in the stereotypical Latina accent. She happened to also make the expression with her arms, which I can only describe as the upper half of the infamous Karate Kid pose.

Well, the combination of talking and putting her arms out to her sides proved too much as she instantly started vomiting and took a dive straight onto the concrete sidewalk. Of course, I then actually started talking shit and walked away laughing at the little girl who couldn’t hold her alcohol.

Anyways, we haven’t really been back to the Downtown Fullerton area since we ended our married without children phase. So, one afternoon we decided to check out Izakaya Kopan Ramen based on a friend’s recommendation.

The restaurant is a small, cozy affair that is right next to the Chomp Rockin’ Sushi. It has a typical dark Japanese style interior, and you’ll notice right away that there is a mix of ethnicities employed here. That alerted my radar a bit, questioning the location’s authenticity. But, I assure you that the food is great…except for one dish that you should never ever order. 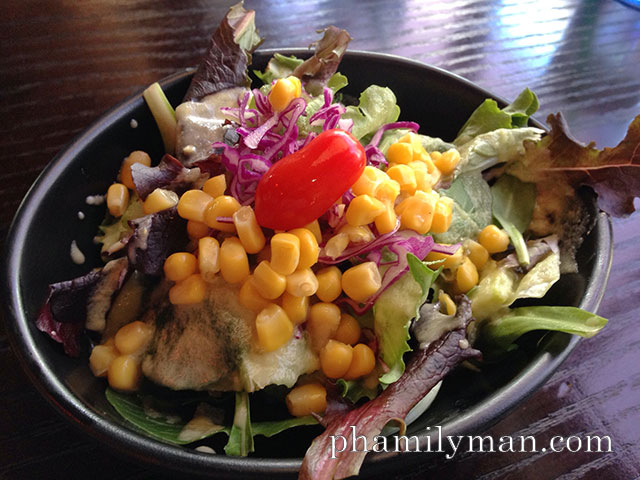 A small salad that is a choice for the lunch combination. A very nice mixture of ingredients with just a touch of dressing. 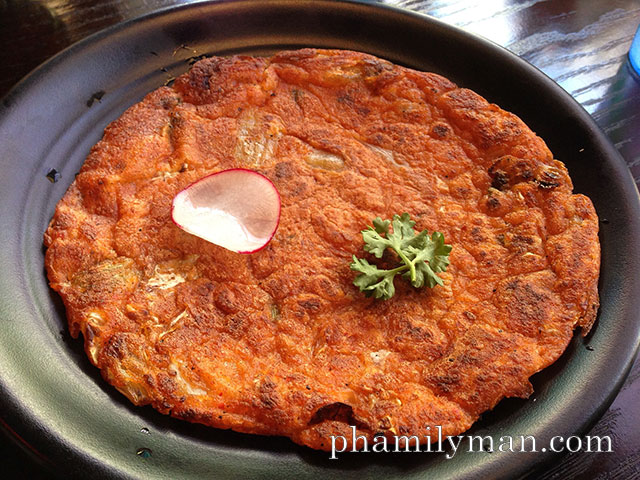 I like scallion pancakes, so this Kim Chi pancake was a nice rendition. It was delicious. I would come back just for this. 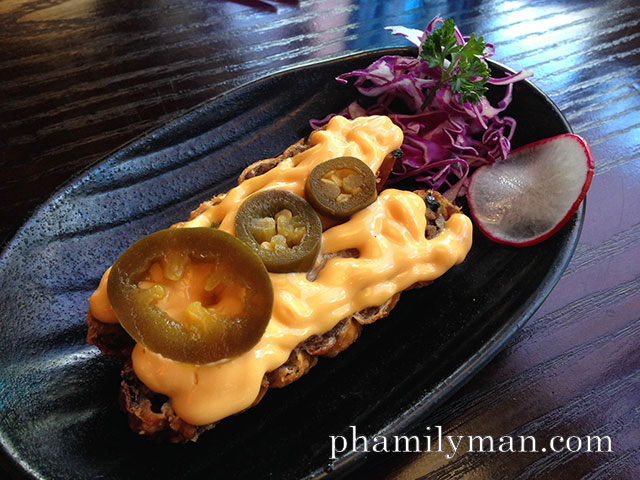 The Bulgogi Eggroll sounds so good in theory. Their description of what it is isn’t too clear on the menu, so you end up picturing it differently from what it actually is. It’s just a lump of bulgogi wrapped up in what I assume is an eggroll wrapping. Then it’s deep fried, cut in half, and topped with nacho cheese and jalapenos. It doesn’t even look appetizing. Do not, I repeat, do not, order the Bulgogi Eggroll. 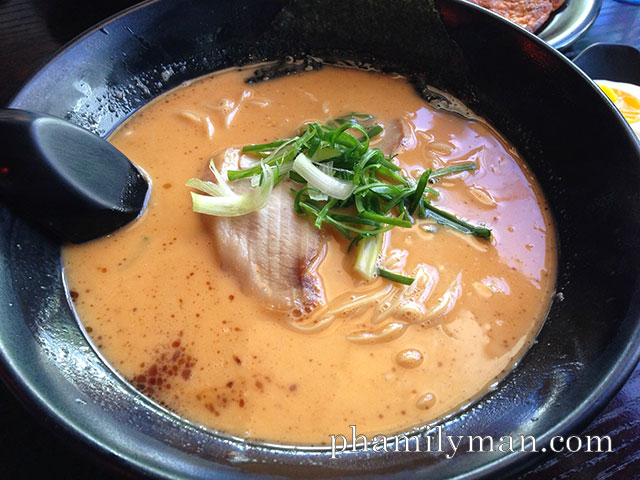 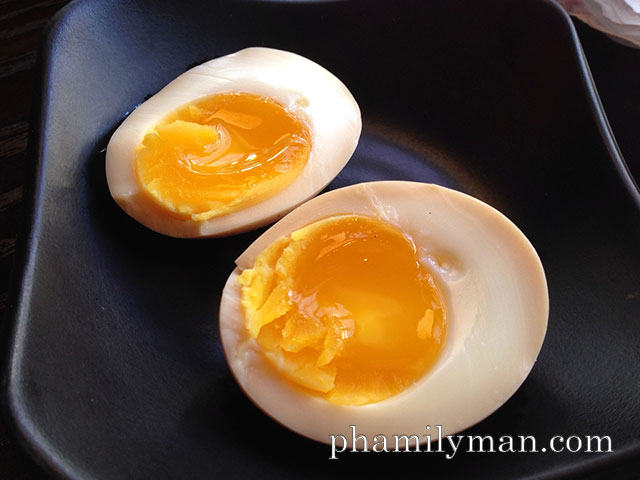 I’ve got to hand it to them. This is one really well cooked egg.

!
!
Subscribe
Something went wrong. Please check your entries and try again.
Previous Post: « The Saddest Burger Of All The Land
Next Post: Annual vs. Monthly IRA Contribution Experiment – September 2014 Update »